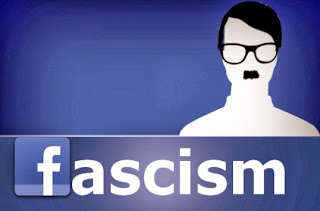 Well, my experience with Facebook lasted almost an entire week. Actually I'm kind of surprised it lasted that long before one of the Facebook's fascist came to realize that my nom de plume wasn't really my name. This of course led to being reported and getting my account suspended.  How shocking that they like to talk about privacy but then they try to force you to use your real name so any violent or threatening fool can track you down.  Really now did they think that I am that freakin' stupid? Well I for one am NOT. I've encountered too many violent fascist leftists in my experience on the nets to put my real name out there and expose myself and my family to any fascist nut cases.

My great offence of course was not my attempt to keep my identity private but that I dared ask questions the left does not want asked never mind answered.

Specifically, if $17 trillion is not enough debt, how much is? $20, $50, $100 trillion?  Why not $500 trillion or $1quadrillion?  Even worse I asked;  If the government can print all the currency it wants or needs out of thin air, why does anyone need to pay taxes at all?

I'm sure all the little leftists are much happier now that they don't have to be exposed to anybody calling them out on their delusions or telling them the truth.

While they congratulate themselves for ridding themselves of having to be exposed to uncomfortable contrary opinion and truth they don't even possess the cognizance to recognize the nature of what they've done. But then there's nothing really new about that now is there?

This inspired the following note to Facebook on their feedback page:

"I find your "Privacy" policy hypocritical.  I wanted to use Facebook primarily as an instrument for political and news commentary as many newspapers and news sites have adopted it.  The expression of opinion often provokes anger in others.  With other platforms, Disqus etc. threats of violence against myself or my family are moot in that individuals can remain anonymous.  The haters can't know who you are or more importantly where you live.  Under Facebook terms that would be impossible and would constitute not a protection of but a threat to my privacy.

I would remind you that some of the greatest political commentary in history has been written, had to be written, anonymously because governments and established powers with time grow less and less tolerant of criticism.  I'd ask that you reconsider this policy but I have little doubt that message will not go beyond the desk of the individual first reading it.

Facebook has become one of those established powers of which I speak.  Ask yourself; are you more dedicated to protecting that position of power, influence and control over social commentary or to principles of freedom of expression without the fear of suppression or violence.  Sadly I fear that I already know the answer." 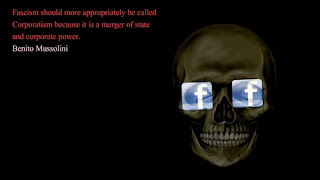 As Facebook is so clearly now a part of the corporatist collective I guess "Joe Martin's Ghost" and "FVS" will remain here and on those sites still using Disqus or other such means of protecting life and limb from violent fascists.
Posted by JWMJR at 10:33 AM