Do you know who Juval Aviv is? He was Golda Meir’s bodyguard and the Israeli Agent upon whom the movie ‘ Munich ‘ was based. Golda Meir appointed him to track down and bring to justice the Palestinian terrorists who took the Israeli athletes hostage and killed them during the Munich Olympic Games. In a lecture in New York City a few weeks ago, Aviv shared information that EVERY American needs to know, but that our government has not yet shared with us.
A little background:
• Aviv predicted the London subway bombing on the Bill O’Reilly show on ‘Fox News’, stating publicly that it would happen within a week. At the time, O’Reilly laughed and mocked him, saying that in a week he wanted Aviv back on the show. Unfortunately, within a week the terrorist attack had occurred.
• Juval Aviv also gave intelligence to the Bush Administration about 9/11 a month before it occurred. His report specifically said that they would use planes as bombs and target high profile buildings and monuments… I think we all know what happened, right?
• Congress has since hired Aviv as a security consultant. Aviv predicts that the next terrorist attack on the U.S. will occur within the next few months . Forget hijacking airplanes, because he says terrorists will NEVER try hijacking a plane again as they know the people on board will never go down quietly again. Aviv says that our airport security is a joke ‘that we have been reactionary’ rather than proactive in developing strategies that are truly effective.

Example 1: Because an idiot tried to light his shoe on fire, now everyone has to take off their shoes.

Example 2: A group of idiots tried to bring aboard liquid explosives, and now we can’t bring liquids on board.

He says he’s waiting for some suicidal maniac to pour liquid explosive on his underwear; government security will then have us all traveling naked! Last but not least, our airport security looks for metal, but the new explosives are made of plastic!

Currently, our government only focuses on security when people are heading to the gates. Aviv says that if a terrorist attack targets airports in the future, they will target busy times on the front end of the airport when/where people are checking in. For example, it would be easy for someone to take two suitcases of explosives, walk up to a busy check-in line, ask a person next to them to watch their bags for a minute while they run to the restroom, and then detonate the bags BEFORE security even gets involved. In Israel , security checks bags BEFORE people can even ENTER the airport.

Aviv says the next terrorist attack here in America is imminent and will involve suicide bombers and non-suicide bombers in places where large groups of people congregate, such as Disneyland, Las Vegas casinos, shopping malls, subways in rush hour, train stations, etc., as well as in rural America this time (Wyoming, Montana, etc.). The attack will be characterized by simultaneous detonations around the country involving at least 5-8 cities, including rural areas. Aviv says terrorists won’t need to use suicide bombers in many of the larger cities, because at places like the MGM Grand in Las Vegas , they can simply valet park a car loaded with explosives and walk away.

Aviv says all of the above is well known in intelligence circles, but that our U.S. Government does not want to ‘alarm American citizens’ with the facts. The world, however, is soon going to become ‘a different place’, Aviv says, where issues like ‘global warming’ and political correctness will have become totally irrelevant. On an encouraging note, Aviv says that Americans don’t have to be concerned about being nuked. He says the terrorists who want to destroy America will not use sophisticated weapons. Instead, they like to use suicide, as it’s cheap, it’s easy, and it’s effective and they have an infinite abundance of young, ignorant, fanatic militants more than willing to ‘go see Allah’.

Aviv also says the next level of terrorists over which America should be most concerned will not be coming from abroad. They will instead be ‘home grown’ meaning they will have attended and been educated in our own schools and universities right here in the U.S. These young terrorists will be most dangerous because they will know our language and will fully understand the habits of Americans; but that we Americans won’t know/understand a thing about them.

So, what can America do to protect itself? From an intelligence perspective, Aviv says the U.S. needs to stop relying on satellites and technology for its intelligence. Instead, we need to follow Israel ‘s, Ireland ‘s and England ‘s hands-on examples of human intelligence, both from an infiltration perspective as well as to trust ‘aware’ citizens to help. We need to engage and educate ourselves as citizens; however, our U.S. Government continues to treat us, its citizens, ‘like babies’. Our government thinks we can’t handle the truth’ and are concerned that we’ll panic if we understand the realities of terrorism. Aviv says this is a deadly mistake.

Aviv recently created/executed a security test for Congress by placing an empty briefcase in five well-traveled spots in five major cities. The results? Not one person called 911 or sought a policeman to check it out. In fact, in Chicago , someone tried to steal the briefcase!

In comparison, Aviv says that citizens of Israel are so well ‘trained’ that an unattended bag or package would be reported in seconds by citizen(s) who know to publicly shout, ‘Unattended Bag!’ The area would be quickly & calmly cleared by the citizens themselves. But, unfortunately, America hasn’t been ‘hurt enough’ yet by terrorism for their government to fully understand the need to educate its citizens or for the government to understand that it’s the citizens who are, inevitably, the best first-line of defense against terrorism.

Aviv also was concerned about the high number of children who were in preschool and kindergarten after 9/11, children who were basically ‘lost’ without parents being able to pick them up, and schools that had no plan in place to best care for the students until their parents could get there. (In New York City , in some cases this was days!) He stresses the importance of having a plan that’s agreed upon within your family, to respond to in the event of a terrorist emergency . He urges parents to contact their children’s schools and demand that the schools, too, develop plans of actions, as they do in Israel . He says we should all have a plan that is easy enough for even our youngest children to remember and follow.

Does your family know what to do if you can’t contact one another by phone? Where would you gather in an emergency? Aviv says that the U.S. Government has in force a plan that, in the event of another terrorist attack, will immediately cut-off EVERYONE’s ability to use cell phones, as this is the preferred communication source used by terrorists and is often the way that their bombs are detonated. How will you communicate with your loved ones in the event you cannot use phones, internet? Bottom line, you need to have a plan!

If you believe what you have just read, then you must feel compelled to send it to every concerned parent or guardian, grandparents, uncles, aunts, whatever and whomever. Nothing will happen if you choose not to do so, but in the event it does happen, I promise this particular email will haunt you.
Don’t be in the category of saying, “I should have sent this to…”, but I didn’t believe it and just deleted it as so much trash.
Posted by JWMJR at 10:28 PM No comments:

Suckers On A Leash 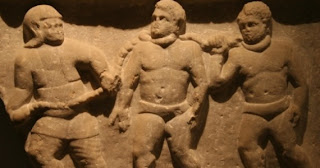 In the latest round of Wall Street and Banker propaganda, Morgan Stanley's Gerard Minack has warned that any calls for the  "reindustrialization" of America is bearish for stocks (and ponzinomic profits).

Total bullshit from an asshole banker, what a surprise.  Nothing more than a diatribe of the usual propaganda that there is no difference between industrial capitalism and financial capitalism.  The former produces wealth while the latter is parasitical on the former.  The primary reason the entire globe is in such deep shit is twofold.  We have allowed the bankers and their political puppets to feed us the aforementioned propaganda (which we have swallowed whole) and we have also have swallowed the British imperialist concept of “Free Trade” as opposed to the “American System” of Hamilton and Carey of “Fair Trade” and tariff supplemented investment in industrial and technological development.

So now when we do develop new technology the first thing we do is take it to China to manufacture with cheap labor and where the Chinese don't hesitate to rip off the technology and go into competition with us and pay no royalties what so ever. Worse we let them get away with it just so long as they keep lending us back the very same money they stole from us in the first place. This is of course just fine with the bankers as they take a healthy cut of the action through the FOMC process. 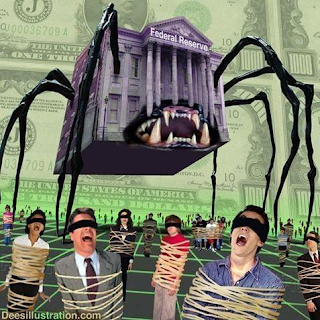 From the time of the Revolutionary War up until the Wilson administration the federal government was financed primarily by taxes on liquor and tariffs on imported goods (primarily goods that were in competition to domestic manufacture or supply). But then Wilson begat the three horseman of our current apocalypse, the federal income tax, the federal reserve bank and prohibition. The loss of revenue from liquor taxes, combined with the cost of trying to enforce the Volsted Act was just the excuse the government (and the federal reserve) wanted to start jacking up the income tax rate (that were promised to never exceed 2%, yeah right). Little surprise then that some of the prominent families (i.e. Kennedy. Harriman etc.) made their fortunes as financiers of liquor smuggling. All this was off the books of course.  Just like FDR who got his money from his maternal grand father who made his fortune smuggling opium up the Pearl River into China right along with his British imperialist pals.


Unless and until we reject the propaganda, break the power of the banks (and their political tools in both parties) by reinstating the Glass-Stegal Act, and taxing the hell out of cheap foreign goods and encouraging reindustrialization (and real jobs paying real wages) we are just a bunch of suckers on a leash. And as long as the vast majority of the populace remain ignorant suckers and willing fools of partisan politics we will have earned and will deserve our fate as little more than debt slaves to Wall Street.