And Now The Ravenous Dogs Are Set to Feed.

Well I've been warning anyone who would listen that the kleptocrats in the District of Corruption were getting ready to unleash the biggest con job the world has ever seen. 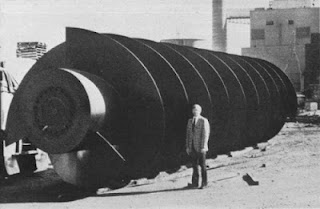 The U.S. Consumer Financial Protection Bureau is weighing whether it should take on a role in helping Americans manage the $19.4 trillion they have put into retirement savings, a move that would be the agency’s first foray into consumer investments.

That’s one of the things we’ve been exploring and are interested in in terms of whether and what authority we have,”

Authority?  Read how do we structure regulation so we can force people to divest their 401K savings from corporate stocks and bonds and into US Treasuries.

Given that 1, neither Congress nor the Obama administration have no interest whatsoever in actually reducing spending (not that they could even if they wanted to) and 2, there is a declining interest in open market buying of government debt paper, in order to stave off looming inflating resulting from monetizing there is an overarching need for new sources of capital to fund deficit spending.

And there sits in private accounts some $19.6 Trillion.  Unencumbered,unentangled by the Leviathan's tentacles.  The temptation for the bureaucrats and politicians to feed their everlasting desire for more government, more power and control over the lives of others has now reached the point of open salivation barely below the level of a ravenous dogs. 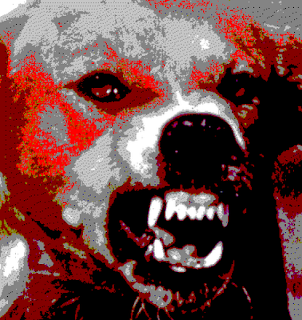 These ravenous dogs have a problem however.  With the stock market again reaching (artificial highs) is going to be hard to convince investors to switch from growing stocks to low return (below inflation) bonds.  So what is a greedy bureaucrat to do make this fraud look like a good deal?  Simple.  Crash the market by bursting any one of several available debt bubbles.  Bring the DJIA back down to 8000 or so and the suckers will be lining up and begging the government to "save" them.

The first suckers (victims) will be government employees as the bureaucrats will claim that that status give their employer the right to exercise "authority" to direct where their savings can be invested.  Then with the precedent established the government will claim that because investors have been accumulating income "tax free" the government will exert "authority" over what they can make this tax free income on.  With the stock markets down there will no doubt be a large supply of suckers willing to trade risk equities for negative return bonds.

The problem and outrage won't come of course until either the bond market falls apart and or equities go back up, inclining the investors to want to take their money out of Treasuries and move them back into equities or commodities and the bureaucrats will tell them "oh that's too bad" their investments are no longer "self directed" and they are stuck with increasingly worthless US government debt.

The trap will be sprung and there will be no escape.