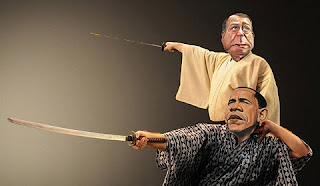 The Pagans Dance In The Blood Of The Innocent.

What we have had on display for the last few days has been nothing less than the wide assortment of vile fascist control freaks dancing in the blood of the innocent victims of the atrocity in Newtown Connecticut.  The bodies of the dead had not even been identified before the leftist twitterverse exploded in calls for blood vengeance against the NRA and anyone associated with it or the defense of the 2nd amendment.  Closely following if not in tandem came the calls for disarming the American public.


Nowhere of course was there any discussion from the left that connected any legally possessed firearm with this tragedy.  Nor was there any discussion of how disarming legal owners, and most certainly uninvolved citizens, will prevent criminals from committing crimes.
None of this of course has anything top do with mourning thee dead or sympathy for the grief of their families.  It was all about furthering the fascist agenda of destroying the 2nd amendment to the Constitution.


Anyone and everyone who dared speak out in any public forum in defense of their 2nd amendment rights has been immediately vilified as heartless and uncaring for the loss of the victims and their families, as if the two were by definition mutually exclusive.


How quickly these great “humanists,” who shed crocodile tears over the dead children in Connecticut are to dismiss the existence of any humanity in those they perceive as the enemies of their political agenda.  No moral person can be anything but shock and appalled by these events.  That most of the victims were children so young makes it all the more shocking. We all mourn, as individuals and as a nation, for the families of the dead.  So I can only ask these great “humanists” where are their tears for the thousands of innocent children slaughtered in the womb every single day.  Are they anything if not even more innocent than the children of Newtown?  Are they any less dead?  How exactly are they any less deserving of our grief?


Lets look at the facts here.  This heinous act was committed by a criminal (I won't dignify him by repeating his name) bent on slaughter.  Connecticut has some of the strongest gun control laws in the nation.  Among them being that no person under 21 years of age can legally possess a firearm.  He couldn’t have purchased a weapon even if he tried.


Before even the first shot was fired at the school a string of felonies was committed.


He stole his mother’s weapons.


He stole her car.


So since when have criminals cared about any laws?  No law no mater how strict or rigidly enforced would have stopped this sick mind for a single second.  Where is the responsibility of those who have turned our schools and public places into "free fire zones" for criminals by declaring them "gun free zones"?
Of course none of these facts or questions will stem the calls for even more blood from the left.  Nor will it stop their dancing in the blood of those already slaughtered to further a dangerous and misguided political agenda.  Nor will it lead them to any remorse or even second thoughts for the blood of the thousands of aborted dead that is already on their hands by their silent acquiescence.
Posted by JWMJR at 10:34 PM 1 comment: