The Crisis Of Arrogance And Overreach Grows

I recently posted a piece speculating that the, for all intents and purposes, deliberate flooding of the southern border with underage illegals was going to be the president's metaphorical "A Bridge to Far".  Since then the backlash against the administration's massive spending and diversion of resources for illegals has only grown. 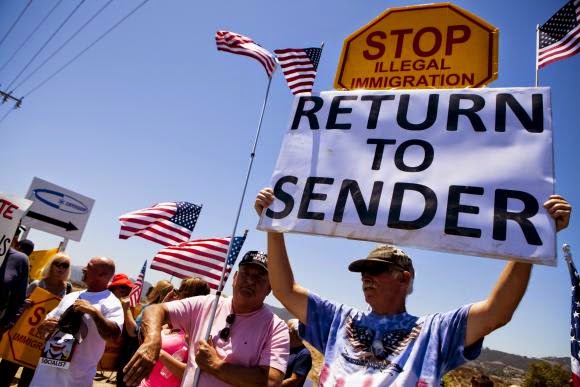 Just because the MSM isn't covering it doesn't mean it isn't there.  State governors and local mayors are openly telling ICE and Homeland Security  "Don't you dare dump them here".  Even citizens in towns in the bluest of blue states like Maryland, California and New York are coming out and blocking buss loads of aliens and forcing them to turn back.  A story just emerged that officers of the Border Patrol threatened to walk off the job if the Feds brought in Riot police to prevent protesters from blocking busses in Murrieta California.

The reasons are as obvious as the nose on you face and are just as I predicted they would be.  It has nothing to do with racial animus or lack of compassion. It has everything to do with TAXPAYERS being tired of seeing their schools flooded with illegals, tired of seeing their local hospital's emergency services flooded with freeloaders and in may cases seeing them closed down because they can't afford to provide free services to people here illegally and maintain all the other things hospitals need to do on a daily basis.

﻿﻿﻿﻿
These are compassionate people. They're compassionate about protecting their own children and communities from deadly diseases that have long been eradicated here.  California health officials just announced they are seeing a sharp upturn in whooping cough.  They may pretend  to be "perplexed" as to why but it does not take a genius to figure out where it's coming from.  Drug resistant TB has already been found, yet I have still not seen or heard of any quarantine centers being established to prevent its spread.


﻿﻿
Horrible infestations of measles, scabies and lice have been found.  Were are the delouseing stations? Measles has an incubation period of  10 to 12 days.  Where are the quarantine wards?  Parasitic scabies takes weeks to treat.  Navy health official have confirmed they are struggling to contain out breaks of pneumonia and swine flu at a base in Southern California among illegals brought in for processing. Last time I checked it was the Navy's job to combat the enemy not combat contagious disease. Were is the Surgeon General in all this?  So far not a word from the Admiral's office has been heard.  Meanwhile our government is simply putting possibly infected and contagious people on public transportation and shipping them around the country.  No identification?  No problem! Just sign a worthless "Promise to appear" ticket and you're free to travel anywhere in the country on the taxpayers dime!   I for one know that I won't be flying anywhere anytime soon.  What rational person would want to take the risk of exposure to god knows what?

Contract Healthcare workers that have been brought in to help are now being threatened with arrest if they dare speak out and reveal the extent of the problems or the diseases they are encountering.   Just how does that serve the public interest?  How could that do anything but undermine any public confidence in government? 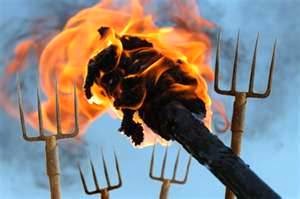 Unless dramatic and drastic measures are taken these diseases and lord only knows what others, will make it into the schools and general population where over crowding and poor sanitation will only speed up the spread.  If you have kids in school prepare yourself to start receiving letters that say "Your child may have been exposed to measles, or TB or whooping cough or scabies or lice or swine flu. (At this point it's take you pick).  Please consult your health care professional to make sure your vaccinations are up to date or if any such symptoms appear."

At some point someone or their child is going to get infected and either be horribly scared or die and then there is going to be a run on pitchforks and torches at the local hardware store.  I can only pray that they get turned against the politicians responsible and it does not turn into a race riot.
Posted by JWMJR at 8:35 PM