Who's Going To Throw Who Under The Skooby Van?

Fridays FBI letter to Congress revealing that a new trove of "pertinent" emails had been found on a laptop computer accessable to both Clinton aid Huma Abedin and her disgraced, sleaze ball, ex-Congressman and soon to be ex-husband Anthony Weiner, has raised speculations and accusations of every sort imaginable.

For the moment let's put the furious accusations about the motives of Director Comey aside. As such they amount to little more than closing the barn door after the horses have escaped. The speculations about what the emails actually contain is almost irrelevant to the unfolding drama.

The immediate speculation is that will Hillary throw her long time chief aid and purported lover under the bus in a desperate attempt to try and distance the campaign and build a wall between the candidate and any immediate repercussions rffecting the vote. 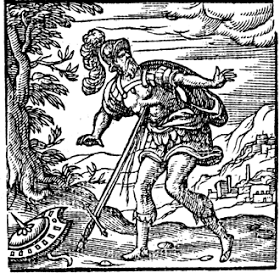 That would be the Clinton standard play when caught dirty. This would assume of course that Huma is willing to or can be convinced to fall on her sword and or what kind of threats can be brought to bare against her.

Unfortunately for Hillary such a sacrifice is not the only option available to Huma and her husband. With Anthony almost certainly facing a prison sentence for his really bad judgement and behavior he will likely sing like a canary. The truthfulness of his tale will of course be subject to speculation all its own. 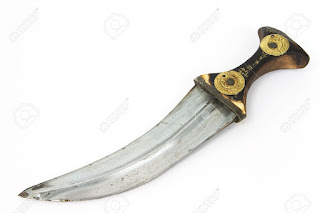 If Huma is looking at possible perjury and obstruction of justice charges among others she could very well turn the table over on Hillary and stick a big nasty Khanjar in Hillary's back in exchange for a lighter sentence, witness protection or a free pass back to Saudi Arabia.

Huma's absence from the campaign trail and Hillary's side has created a buzz all its own, particularly as the two have been joined at the hip for the last twenty years. Huma has lain down with dogs on both sides of the bed. Now she come down with a really bad case of fleas. How she chooses to scratch the itch will make for some great schadenfreude. Popcorn anyone.
Posted by JWMJR at 9:08 PM