Getting Rich The New Fashion Way.

The favorite mime and tactic of the contemporary left is to play the zero sum game of no capitalist gets rich except at the expense of making others poor.  Never mind that this theory ignores the fact that wealth is created by the intersection of human intellect and labor in the production of real goods and services in public demand, lets apply this false logic to the obvious question of one Dr. Jonathan Gruber.

If our typical capitalist is guilty of enriching themselves at the expense of the middle and lower class, then just who did Gruber make his $5.9 million at the expense of?  If this MIT genius is such a champion of the oppressed who are in such desperate need of health insurance how does he justify calling them "stupid" and lining his pockets with their tax dollars?  If he, like so many leftist neo-Marxists, think that the a 90% tax bracket would just be paying "their fair share", when are we going to see him make a big public display out of his writing a check for $5.3 million to the IRS?  When are we going to see any of his fellow leftists condemn him for his "greed" or chastise him for his reprehensible characterizations of the American voters?

Forgive me if I don't hold my breath, after all he's not making money the old fashion way by making something people want. He's making it the new fashion way, stealing it directly from the taxpayers pockets.
Posted by JWMJR at 2:09 AM 1 comment:

So now Uncle Vlad and his foreign minister are complaining that forward deployment of NATO aircraft in Estonia and Lithuania represent an attempt to "isolate" Russia?  I guess we are supposed to take such pronouncements seriously.  I'd also guess that we're supposed to ignore/forget all the Russian military facilities in the Kaliningrad (formerly East Prussia) and within easy striking distance of the Baltic states. 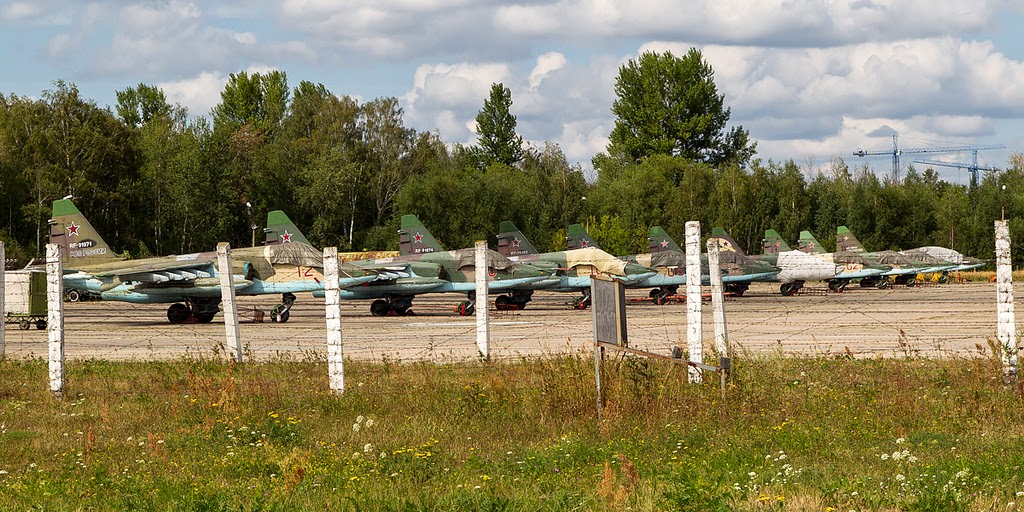 Russian fighters lined up at
Chkalovsk in Kaliningrad Oblast

I mean it's not like the Russians have used "ethnic Russian" populations as an excuse to seize territory from their neighbors before or that they have any reason to be suspect of Russian imperialism or that they spent decades as Russian occupied territory both before WWI and after WWII. Right?
Posted by JWMJR at 5:10 PM No comments:

Can I get a franchise on Newspaper editorial staffs crying in their beer?

Is the staff at MSNBC now going to "Lean Forward" and puke up all their BS from spinning the Democrat's loss at record speeds?

Now that Kay Hagan has been handed her walking papers will we actually get an honest investigation into her family connections syphoning off stimulus funds?

Scott Walker for President???
Posted by JWMJR at 2:32 AM 1 comment: