Am I Sticking My Neck Out Or Are Those Serious Clouds On The Horizon?


I think there are some factors that are going to drive voter turnout come Nov. 8th. None of which the Democrats and many so called Republicanswant to talk about.

Firstly I seriously think black turnout is going to lag well behind 2008 and 2012 levels. Obama is not on the ballot. That alone will depress the turnout and it must be combined with a sense of disappointment among many blacks who honestly, if delusionally, thought that his presidency was going to magically provide for their every want simply because of his race. Some will even vote for Trump out of spite and or because then can see what a phony Hillary is.

Secondly, I think her Campaign and the media has underestimated the backlash against Hillary for the royal screwing she and the DNC gave Bernie Sanders. This will manifest in two ways. That percentage of Sanders supporters who will vote Trump out of spite or open loathing for Hillary and another percentage of Sanders supporters who will simple stay home for the same reasons.

Thirdly, I think the enthusiasm factor of Trump voters is beyond anything seen in living memory. I have seen virtually no commentary outside of the so-called "alt right" discussing how much of Trump's support is as anti-establishment as it is pro Trump. Concurrently, the public's loathing and contempt for media bias and naked corruption in government is going to both keep some people away from the voting booth and drive others to it with even more determination to vote against the status quo.

Regardless of whatever the "official" outcome is I doubt we have seen the end of the ugliness in American politics. Should Trump be declared the winner the Soros/left fascists will unleash street violence that will make Charlotte and other recent events look tame by comparison. Should Hillary be declared the winner there will come about a whole new series of civil disobedience and rejection of government authority up to and including nullification and open talk of secession.

Throw in the very real prospect of another global financial crisis that could well make 2001 and the 2008 housing crisis  look like mere corrections. Add in the fact that the morons currently in charge (on both sides of the aisle) are seemingly determined to provoke a conflict with Russia over Syria, where we have absolutely zero strategic interest, and I think many if not most Americans are going to be caught completely unaware as to what lies just over the horizon. 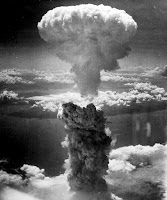 Keep in mind that politicians always think their wars can be contained or are "necessary" to release tension between conflicting powers. History proves them wrong virtually every time and seldom are the politicians the ones that have to pay the ultimate price for their folly. So either way hold onto you hats. This "Fourth Turning" is just getting started. If you don't know what that is, for your own sake you had better look it up and prepare accordingly. I sincerely hope and pray I am wrong. But in the meantime.... GGGG.
Posted by JWMJR at 1:49 AM