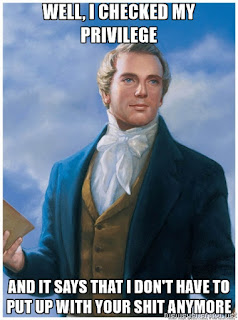 President Elect Donald Trump summoned the mavins of media to Trump Tower on Monday and they all arrived grinning from ear to ear, apparently still wallowing in their delusion that they still are an unassailable force on the American political lanscape. Thinking that this was going to be a discussion about how access to the new President was going to be handled and that there was now going to be a restoration of some sort of "normal relations" between the news media and the White House.

Not for the first time, they got played for suckers and left with large portions of egg on their face. If the existing reports are anything close to true I'd bet the temperature in the room dropped a dozen degrees before the meeting was over. The new President by all reports doubled down on the theme he carried all through the campaign. Namely that the gathered assemblage were all a bunch of lying scumbags and that he wasn't going to take any of their shit. The message was that they could act like honest impartial journalists or they would be shut out from either direct access or even back door information.

The media's credibility with the public rests at an all time low and they have, as I see it, only two options open to them. First they can take the President's advice and act as an honest forth estate in their reporting or second, they can redouble in their efforts to destroy him by any means necessary. My assessment is that as I stated in the title, idiots never learn. These are a vindictive lot and always have been.

If I could give our new Commander in chief one piece of my own advice it would be to create within his press office a staff to produce a semi-weekly broadcast to be put out on C-SPAN television that would outline that week's news media lies.  Show the American people, and the whole world for that matter, who lied on what network and why it was a lie. Make it a regular showing repeated two or three times a day with at least one of them in the same time slot as the major network news broadcasts. Close each showing with a list of the email and snail mail addresses of that week's offending journalists and producers. The message to the public would be clear. Put a series of Administration representatives on every available news cast and talk show to put the message out to the public about what was being done to counter the media's propaganda. My guess would be that the broadcast news shows would come around in three to six months as their advertising revenue dried up. Hard core leftist operation like the NY Times etc. will never budge. Let them continue to wither and die.

Contrary opinion should and must always continue to exist. But it must never be tolerated when presented hard news. In the end both the news media as an industry and the American public will be better served by the 4th Estate returning to its historical role as a public watch dog and not as a rabid partisan attack dog.
Posted by JWMJR at 1:07 AM