Dear Hillary, How Can We Miss You When You Won't Go Away?

We can all recall the long list of celebrities, both real and self-imagined that had declared first, that Trump would never be elected, and if by some unimaginable event he was, they would promptly pack their bags and move to Canada or Spain or wherever their deluded minds thought would welcome them with open arms.

Then of course the unimaginable did happen. The voters had finally gotten fed up with all the establishment lies, deceits and obfuscations and with your Hollywood sycophants telling them what to do and how to do it. So they stepped into the voting booth and voted for Donald Trump.

The following day the Canadian immigration website crashed from all the traffic. Those that did get through soon discovered that, wonder of wonders, Canada has very strict immigration controls and that they take their implimentation very seriously. You know the same kinds of laws that we have here but that leftists condemn the enforcement of as paranoid, Islamophobic,  racist and xenophobic.


So then upon discovering that Canada etc. weren't going to bend or ignore their laws just because they had had their pictures in Variety magizine or at some point had received an award from some Hollywood mutual admiration society they almost in unison said that either they didn't really mean what they had said about leaving or declared that they had changed their mind and decided it was more important to stay here and "fight" Donald Trump. They would make the sacrifice for the children their latest multi million dollar contract for an obscure cable only TV show or marginally successful movie was of course irrelevant.


What they really mean  of course is that if they can't periodically step into the limelight and get their sorry mugs on TV, their precious overinflated and hypersensitive egos would dry up like a raisin in the sun and be blown away like dust in the wind. Like those of us living in the real world didn't already know that they all live for the publicity and not to produce any real meaningful art.

This of course brings us to the biggest offender of all, Hillary Clinton and by extension her husband in name only, Bubba the Arkansas ass hunter. Sorry Hillary but not all of us have forgotten your statement that this would be your last run for political office. Be assured Hillary, we do remember and  we're going to hold you at your word.

If you were going to be honest (yes dear reader I'll give you all time to stop laughing before going on).....you would have conceded on election night as you had agreed to and repeated that promise to the American people. But then, as we all know, the word honesty is not in your vocabulary or any of your political calculations. Instead you spent the rest of the night crying like a little bitch and no doubt swearing at your staff and the public for having betrayed you. I'm sure hiding places  from your wrath were at a premium.

Do you really think that we don't know that you and your operatives are behind these stories about you running for the Mayor of New York City? If you weren't so damn duplicitous and you had meant what you had said earlier, you would have stepped up and squashed the stories at the get go. But you are and you didn't so now mayor DiBlassio ii on your hit list and you his.

We get it. Being duplicitous, especially to your own party members is just your nature. I'm sure that having to listen to the never ending bimbo squealing comeing from Bubba's guest quarters is hard to take. But no Hillary, we never thought for one minute that those long walks in the woods were about you being reflective on your crimes and mistakes nor conducting a self-examination of your failings. We might suggest finding a good charitable cause to work for but what self respecting charity would take you on board given the exposure of your own "charity" as nothing more than an influence peddling operation that's collapsing faster than a California viaduct in a 7.0 earthquake. 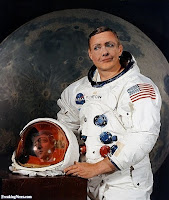 Nobodybut nobody cares what you do in the future Hillary, just so long as you go away, far, far away. I here Bezos has plans for a Mars mission. Maybe he can find it in his heart to give you and Bill one way tickets. If you go please take Cher, Babs and Lena Dunham with you. Cher already has a closet full of space alien outfits you can use and Lena Dunham is already some sort of  alien creature. Think of the added bonus. Nobody here on earth, except maybe Snoop Dogg and Dennis Rodman, has an extradition treaty with whatever little green men you find out there.
Posted by JWMJR at 7:31 PM