My recent series of posts and comments as to Ukrainian desires to be free of Russian hegemony has led to various accusations of being; 1 "brainwashed". 2 "full of shit" and 3 (even more hilariously) an Obama supporter.

I guess we're not supposed to notice that these accusations are absent any conjunctive refutation or counter argument. The best we get are claims of being a Ukrainian living in the US and or that some relative had fought in WW I and WW II, as if that in and of itself lends some authority or expertise.  If so where is there some demonstration of this knowledge or authority? 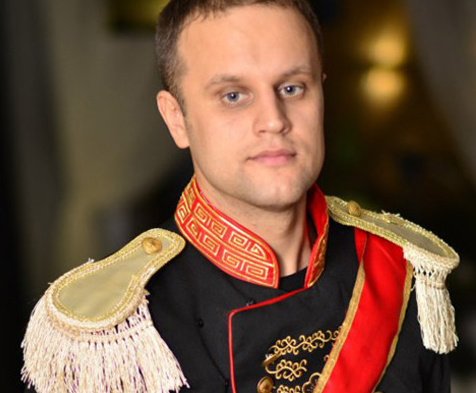 I guess that outfit is just an expression of his commitment to modern democracy.  Or maybe it's his graduation robe from Putin's Imperial Clown College.
Posted by JWMJR at 6:23 PM