It’s been said that politics is the art postponing a decision until it is no longer relevant.  So what possible event could intervene that would make  the last few weeks of Potomac Kabuki theater no longer relevant?


Well before we get into any speculation on that let me just put out what I’d like to see happen.  Obama likes to make comparisons between himself and Lincoln.  Ok let’s see him really be Lincolnesque.  Grow some hair on your balls and tell the banks to go pound sand.  Be the Christian you claim to be and turn over the tables of the money changers.

When the Banks told Lincoln that they wanted outrageous interest rates to finance the Civil War he circumvented them and directed the Treasury Department to create the “Greenback” dollar that was independent of any issuance of debt.  Obama should tell the banks that the needs of the nation are greater than the needs or wants of the banks and that all debt payments on paper held by the FED and the “primary dealers” is suspended until further notice and that they are prohibited from selling any of the paper that they hold as of the date of the announcement.  He should then direct the Treasury to issue the appropriate “US NOTES” as are required to meet critical needs.  He can then turn to Congress and tell them that he has done his part and they need to do theirs and set about serious budgetary reform and take a two bladed ax to all the duplication, fraud and waste in the Federal budget. 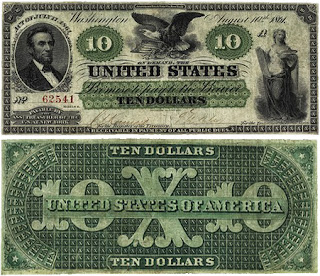 Anyone seriously holding their breath waiting for Obama to do any of this is a bigger fool than I am in even proposing it.


So what will we get in the alternative?  Nothing good I am sure. The can has been kicked down the road so many times that looks like it's been put in an automobile crusher.  The MOPE will continue until a Black Swan event, or a false flag attack occurs and these fools plunge us into yet another devastating war or a crushing police state.  Take your pick, either one will make any "negotiation" over debt limits or rational budget reform become the aforementioned irrelevance.
Posted by JWMJR at 10:40 AM